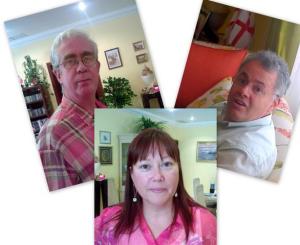 CNN was atwitter today, since it lost the battle with Ashton Kuchner “Dude, where’s my car?” to find a million followers on the snappy social networking site. I actually heard the phrase ‘..so 20th century..’ for the first time, in that pityingly derogatory tone that 1920’s flappers used at Surrey parties after 1918, when describing their parents as ‘…so pre-War’.. There is, indeed nothing new under the sun.

This little quote from the Book of Ecclesiastes brings me nicely to today’s offering. Church today was endearingly muddled, which is not new, fuzzily vague in directional terms and a little unsteady liturgically, like a drunk trying a new brand of liquor for the first time. Me? I’m just the observer, the peripheral participant, the guy wearing the scarf watching the game on the touchline. No cheering, of course, that would signify involvement, just a curiosity as to the game plan. Carpenter from Nazareth seeks design consultants as well as joiners. Where are we going and what do we want? Perhaps we’re all tugging gently in different directions.

Post-Church was, well, church. We all headed west to celebrate Orthodox Good Friday with a few friends. Sorry, people. The phone camera as well as the photographer could do better.

One thought on “Social Networking”