The Friday group, minus the lawyer and the doctor came round last night, bedishdashad and headdressed. “Does my bum look big in this?”, someone said. I didn’t join in the fancy dress, since I was top barbecue banana and wearing inflammable polyester so close to naked flame is not recommended. I actually dislike barbecuing, which makes me a total cissy and a wuss, since I have an aversion to getting my hands dirty, either with sootblack from unburnt charcoal or animal fat from the meat. “Wait, cissy,” I hear the catcalls and jeers. “Try using tongs”. Fine. Of course. Random splashings have ruined many a monogrammed T shirt. Furthermore, the thermodynamics of naked flame cookery is another name for chaos theory. Self-evidently, the primary method of heat transfer is radiative, intensity decreasing as square of distance and for an infinitely large, uniform heat source, this may very well be true. Charcoal surfaces are far from uniform however, and meat less than perfectly shaped. Cooking in the dark is an experience not to be missed, since with twenty pieces of meat, like painting the Forth Bridge, turning must be continuous from left to right, say, and it’s easy to miss one, only discovered when a guest snaps a molar on desiccated charcoal, and the dripping blood is from the unturned side of meat. Raising the meat’s internal temperature way past “well-done” to break down the tough connective tissues into silky, flavourful gelatin becomes therefore as skilled an exercise as painting a miniature. Protein denaturing takes time, and it must be done without overheating any part of the meat and requires low temperatures and no hot spots – impossible when using a furnace fanned by desert winds. I was relieved when people didn’t complain, meekly masticating instead. Dessert was a delight, therefore, in the shape of a scooped out watermelon filled with fruit, including pomegranate which is supposed to be beneficial for the prostate – further relief indeed in more ways than one – so delicious I had to be restrained from using my hands to scoop it out and to hell with sticky fingers and ruined T shirts. The concatenation of pomegranates and sex in the image I thought was really quite tasteful. OK, I’ll stick with bananas next time. 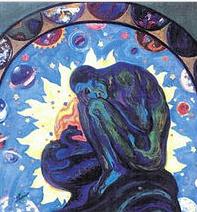 It’s been an interesting day. For a ‘hostile melancholic’ such as myself, social interaction with groups is sometimes  – but not always – outside of my comfort zone. It was ironic therefore to have Nietszche – the archetype of hostile melancholia –  quoted in church. On another matter, Henry Kissinger once wrote ‘90% of politicians give the other 10% a bad reputation’. It seems that the nail has been hit on the head, the iceberg has been inverted and the mendacious underbelly of British politics has finally been exposed. How very embarrassing – the ‘twilight of the idols’, perhaps…(see image)
Nietszche wrote ‘Whoever does not know how to hit the nail on the head should be asked not to hit it at all.’ A friend, a ‘handy man’ claimed to know whether a nail had been hammered true by the feel of the interaction between hammer head and nail. I, on the other hand, hit and miss with equal probability, thus should not be asked to attempt anything more demanding than erecting IKEA flatpack. But, perhaps Nietszche was thinking of a more metaphysical hammer and nail. According to Myers-Briggs and the Jung Personality Test I am an INTJ or ‘Mastermind’ personality type, a type shared by Isaac Newton and Stephen Hawking, a merciful rarity  –  less than 1% of the population sharing my misfortune. Perhaps if British MP’s were more perceptive and  less extrovert, they might not feel the need to spend large sums of taxpayers’ money on frippery for their ‘ second homes’, becoming a ‘hissing and a byword’, to quote Deuteronomy, in consequence. Obviously, I am not the only one who fails to hit the nail on the head, sometimes.

I idly wondered today why a couple of friends chose to go on holiday to Jordan. Perhaps they were anxious to attend the jamboree in a Jordanian football stadium where His Holiness was celebrating Mass in order, perhaps, to spit on his exalted shadow. After crossing the Jordan, he now finds himself between a rock and a hard place, visiting Yad VaShem. The Holocaust Museum itself, which Benedict has declined to visit, is difficult enough for mere mortals – especially the Children’s Museum – 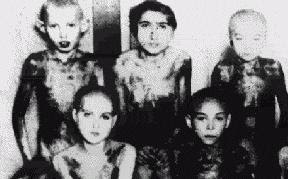 but for a superannuated member of the Hitler Youth and the primary ambassador of peace, love and forgiveness worldwide, going anywhere near it is a tough call. People are hanging on every word, ready to devour him as wolves might devour a sheep if he expresses anything less than outright contrition for the shameful cover-up, and utter slope-shouldering of his wartime predecessor, Pius XII, who appeased until his nose bled under any and every circumstance, while claiming Jews had been secretly sheltered by the Church. A little muscular Christianity might not come amiss as you walk down the Avenue of the Righteous, your Holiness.

I think it unlikely, however. Politically, Israel is outmanoeuvred by Hamas, Hizb’allah and any other underdogs who lever public opinion by loud and incessant whining. For the Pope to say that he didn’t really mean to revoke the excommunication of a Holocaust – denying bishop and stand foursquare in support of all that Eretz Israel stands for today, denouncing the global malignancy of anti-Semitism as well as reiterating his predecessor’s apology for the past, would be as likely as the Prodigal Son announcing that he didn’t much care for veal.

This header – ghastly image – is the result of experimentation on children. Their names are called out endlessly, along with tens of thousands of others in the Children’s Museum.
Finally, here is the Eternal Flame in the Hall of Remembrance, Yad VaShem. Requiescant in pace.

Revenge, as they say, is a dish best tasted cold. It has taken a while. Like morbidly obese lemmings, falling to their deaths off the Gadarene cliffs, the pigs have, it seems, finally gotten their own back.

All kinds of curious, off-beat resonances surround this latest viral victim to ultraviolet mutation. After a panic of Krakatoan proportions, we’re now informed that a worldwide pandemic now seems unlikely. 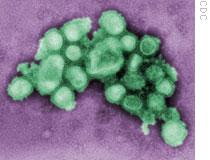 might look like a bad case of athlete’s foot, but it’s in fact an electron micrograph of the villain of the current piece. Influenza has been around a while. In ancient Greece, Hippocrates described it 2,500 years ago. Over the years, geographical variants such as Spanish and Hong Kong Flu inter alia have caused millions of deaths. This one seems small potatoes in comparison, but our ability to track the progress of the disease has contributed in no small measure to the emergent panic. It’s quite a mongrel, too. Bits of bird flu, pig flu and human variants all seem to have found a niche in which to propagate successfully. The Churches, of course, have reacted. ‘Passing the Peace’ in some US Catholic dioceses, in particular those harbouring infected persons has been downgraded to a formal nod, which I think is rather civilised and the sacramental cup has, it appears, been withdrawn. Missing Mass isn’t a sin anymore, at least in Dallas and one should be awfully careful about dipping one’s fingers in the holy water. Friday prayers in some mosques have been cancelled…all that breathing , inhaling foot odour and chanting together is a fertile breeding ground. One Detroit rabbi is making hand sanitiser available to those wishing to touch the Torah scroll as it makes its way through the synagogue.Worshippers touch the Torah scroll with shawl, prayer book or hands as it is removed from the Ark and then kiss the object having touched it. Most unhygienic…

I have some sympathy with all this.

But, then, I use hand sanitiser whenever I stroke the cat.

On a much more important note, an image of the Virgin, in the guise of a food stain on a griddle is drawing crowds at a Californian restaurant. I’m glad that the image blesses you as much as it does me – no doubt Heaven rejoices with us both. The griddle has been withdrawn from use, doubtless for reasons of hygiene.

Since I wrote this, a small portion of humble pie…the WHO it seems is on the verge of declaring a ‘worldwide pandemic’. All the primary schools in Hong Kong were closed June 11th because of a local outbreak which it would seem is home grown. I still think it’s a big boy’s sniffle, but…At least they haven’t made people wade though disinfectant baths at airports as if they’ve got foot and mouth but it would seem that it’s only a matter of time. Bah!