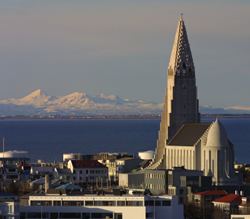 I don’t often write about sex. Which isn’t the same thing as thinking about it. Living in the Back of The Nether Regions, with  sand dunes for inspiration, one’s imagination occasionally develops a quantum leap of fertility. Which brings me to the first point. Reported recently in the British press was the remarkable and rather tragic story of the Kenyan mother who has, it would appear, been providing comfort to a variety of gentlemen resulting in six sets of twins. This would appear to be ‘a series of unfortunate events’ since the production of twins in her tribal grouping is considered a curse. The Bukusu people, to which her family belongs, believe twins bring bad luck – and that unless one of them dies, it means certain death for one or both parents. The Bukusu tradition of eliminating the second twin is no longer practised, though occasional cases of infanticide are still reported in rural areas of western Kenya. Her serially polygamous lifestyle counts for less, it seems, than her genetic misfortune.

It would seem that the small spikes of ‘curious behaviour’ in other words ‘not like ours’ which attract the attention of the media and lead us to the conclusion that there’s a vast diversity of culture around the world whose surface we rarely brush and when we do, it elicits oohs and aahs since our cultural or moral feathers are ruffled. I can still remember interracial dating being considered perverse, and the discovery that African blood was just as red as mine was a revelation to a culture-curious six year old. I was once asked – by my father, of all people, if I knew what the word ‘transvestite’ meant. I informed him with fourteen-year old loftiness that ‘of course I did, it was another word for ‘lesbian”. Many years later, I discovered, I found out that he had asked me because one of his closest Church associates, a churchwarden and reader, had been caught dressing up in his wife’s clothes.
All of the above is a demonstration that ignorance, stupidity and political myopia is endemic and morality evolves as a function of cultural necessity, a maxim Pope Benedict might do well to heed. The issue of ‘gays in the military’ is a case in point. On the Senate floor, critic and war hero John McCain ignored the advice of generals in uniform, he talked of “elites” and “liberals” who have no military experience. I’m one of them. But I don’t need military experience to have both common sense and a sense of decency. So Senator, when you were caged in that Vietnam hellhole, if a flaming drag queen swooped in with some artillery and a butch lesbian choppered you out of there, would you have objected? I think not. Imagine a soldier in Afghanistan, on patrol in a hostile village. Suddenly, he hears yelling in a language he doesn’t understand, and there’s a small explosion ahead, then a second one just yards away. The two guys he’s with  – would he prefer them small and straight, afraid of loud noises; or big and gay, one who’s been working out since he was fourteen, and the other a Tom of Finland lookalike who happens to speak Pashtun?

Iceland has now criminalised all strip clubs. Even quaint little topless bars with triple priced drinks; the repression of the 1950s is looking positively progressive, as the law makes it illegal for a business to ‘profit from the nudity of employees’. No girlies draped over Audis at the Rejkyavik Motor Show, then.
What makes this law particularly ambivalent is the crowing of self-proclaimed “feminists” and “women’s advocates,” who seem unable to grasp the simple notion of adult, thus, one might suppose, by definition, self-aware and responsible, choice. Member of Parliament Kolbrún Halldórsdóttir said, “It is not acceptable that women or people in general are a product to be sold.” Ah, so David Beckham PLC should be shut down, then. It’s a fact that people make money out of others, sometimes the morality of their earnings is questionable and sex trafficking is repugnant to all but the most depraved. Most people might not choose to go to a lapdancing club, myself being one of them – not necessarily for high moral reasons but because I think it’s a waste of money, in much the same way as drinking oneself senseless. Both of which are unobtainable here. Allegedly. The little red building bottom right of the image might have been a lapdancing club, now it’s either a Pizza Hut or a mixed sauna.

One thought on “Peevish Whining and Other Rambling Conversations with Myself”