It’s quite nice to be back in Paris. In spite of the fact that it was raining; quite a novelty, there were 137 km of tailbacks in total around peripheral highways and we had to detour as far as Cergy Pontoise to get home. Parisians are mostly philosophical about  ‘les bouchons’ – corks as in bottlenecks – but the extent of a completely unexplained standstill seemed to have taken many by surprise. Rumour had it that the Paris air show was to blame but I doubt it, since the roads seemed clogged by what looked like a million behemoth juggernauts, all crawling remorselessly westward. The show was rather spoiled by an Airbus A380 with a rather careless driver – one hesitates to use the word ‘pilot’ who sliced a wingtip off in a collision with a building. Oops. It’s going to need more than a roll of duct tape, I think.

Suddenly, after doing what appears to have become an annual event, clear-out and move, I felt able to slow down. There’s a new Guatemalan hammock in the garden which in less wet weather will doubtless beckon invitingly, but doing nothing is unlikely to be an option for long. Neglecting the fact that I need to become reacquainted with my petrol-driven, Honda ‘tondeuse’ to clip the encroaching greensward,  Paris can be busy in June – Roland Garros being only one busy week of many. Tomorrow is another annual event, the celebration of the summer solstice which unlike dreary British anoraks who head for Stonehenge and start a riot when they can’t get near enough to do a bit of stone-hugging, France has a Fete de la Musique, which stops traffic just as efficiently but with a good deal more bonhomie. Paris will be crowded, hopefully just with locals who gather at a favourite arrondissement to listen to ethnic offerings from local residents. 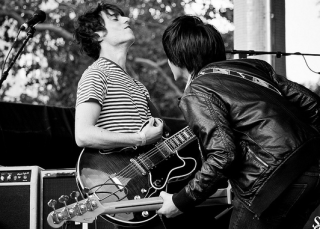 Postscript. Rive Gauche was a bit busy, it has to be said. After half an hour of a truly awful concert from willing but talentless Romanian singers in the crypt of St Sulpice and a street art show, a short but congested meander in the sidestreets off the Boulevard St Germain subjected us to a randomly cacophonous macedoine of performers, from balding Rolling Stones tribute bands to dreadful post-punk wannabes, more decibel than dulcimer, with barely fifty metres separating each. All in all – a good-humoured but determined assault on the tympanic membranes which are still gently quivering some hours later. I must be getting old.