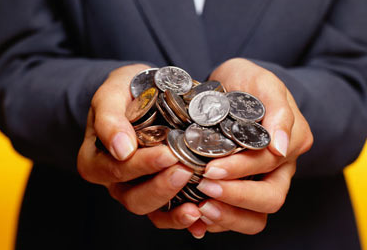 A friend posted recently about abuse of wealth and privilege, which started a train of thought about the appropriately moral use of both and I found myself in something of a dilemma, since I have always had a problem with both giving and receiving. If I give more, does that make me more ‘spiritual’ than he who gives less? How should I calculate what I need, righteously separated from what I want and should I subtract it first so that I know how much I have to give away? Is giving just money?  Can I quantify what I have received against some arbitrary yardstick?  Questions such as these, deceptively simple, occasionally trouble my thinking like burrs on a sweater. We are creatures of precedent, after all, so to whom should we look for guidance and do the role models we select genuinely fit with a postmodern, materially fuelled lifestyle?
This from Basil of Caesarea…
“If you have been blessed with more money and goods than others, it is so you can meet the needs of those others. It takes wealth to care for the needy; a little paid out for the needs of each person, and all at once there is sharing. Whoever loves his neighbour as himself [as Christ taught], will not hold on to more than his neighbour has.” (Sermon: To the Rich)

“Wealth is like a snake; it will twist around the hand and bite unless one knows how to use it properly.”

The huge injustices that wealth creates are intolerable to him. But Chrysostom is no proto-Marxist.

“Should we require soldiers to come and seize the rich person’s gold and distribute it among his destitute neighbors? Should we beg the emperor to impose a tax on the rich so great that it reduces them to the level of the poor and then to share the proceeds of that tax among everyone?”
“Equality imposed by force would achieve nothing, and do much harm. The rich whose gold was taken away would feel bitter and resentful; while the poor who received the gold form the hands of soldiers would feel no gratitude, because no generosity would have prompted the gift. Far from bringing moral benefit to society, it would actually do moral harm. Material justice cannot be accomplished by compulsion; a change of heart will not follow. The only way to achieve true justice is to change people’s hearts first — and then they will joyfully share their wealth.” (On Living Simply)

How very revolutionary of him and how hopelessly far I have strayed. The poor are not slaves to the rich in the Kingdom of Heaven.
A few desert-dwellers who think they can treat people like cattle because of their wealth and influence might do well to bear it in mind.

2 thoughts on “The Rich and the Righteous”