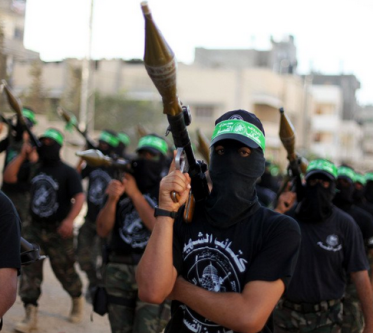 Hamas rules in Gaza. The PA rules in the West Bank. Both have the same ideological agenda but neither have the political finesse of The Muslim Brotherhood. When Hillary Rodham Clinton visited Cairo in April 2011, to show solidarity for what appeared at the time to be a fledgling democracy, or, better, to keep an American foot in the door, there was no MB in power, no anti-Morsi riots in Tahrir Square. All that came later. The MB  does a lot for the poor. It provides a degree of law and order. It also understands that Islamic power can only be consolidated by repression.  According to its founder, Hussain al-Banna, “It is the nature of Islam to dominate, not to be dominated, to impose its law on all nations and to extend its power to the entire planet.”  Therefore, the Muslim Brotherhood opposes secular tendencies of Islamic nations and wants a return to the precepts of the Qu’ran. The Brotherhood firmly rejects all notions of Western influences, but seems quite happy to take Western money in the interests of furtherance of its own agenda. In the post Arab spring, particularly in Egypt, however, it doesn’t just need a coat of ideological paint to spruce up its image in the West and it doesn’t just need a new governing strategy. It needs to understand that its version of political Islam — which is resistant to women’s empowerment and religious and political pluralism — might be sustainable if you are Kuwait or Saudi Arabia, and you have huge reserves of oil to buy economic growth and give all the credit to Islam but if,  as in Egypt, for example,  your only natural resource is your people — men and women — you need to be as open to the world and modernity as possible to unleash all of their potential. At this time, the MB won’t play this game and are playing true to form by attempting to consolidate power by all means, which in translation means the use of overwhelming  force.

“According to the Kuwaiti daily Al-Qabas, the head of the al-Quds Force, the elite force of the Revolutionary Guards of Iran, visited Egypt secretly some weeks ago. He had apparently been invited to demonstrate how to set up a special, elite unit – distinct from the army – faithful to President Morsi’s regime. There have been reports in recent months that the MB was forming a special militia to protect the regime and tackle its opponents and that it was already operational. Reports in a number of Egyptian opposition media outlets claim that Hamas dispatched 7,000 militiamen from Gaza to Egypt to protect President Morsi. The Gulf newspaper Akhbar Al-Khaleej published what it described as “secret documents” proving that Hamas, with the financial backing of Qatar, had plans to send hundreds of militiamen to Egypt to help Morsi’s regime.”

Bottom line then looks like this.  Either the Muslim Brotherhood changes or it fails as a reasoned, sincere player in the region, going the way of all the rest of the ideologues — and the sooner it realises that the better. But the message is not being delivered forcefully enough. On the one hand, while the ‘Freedom and Justice’ party members – the political wing of the MB – can say publicly as recently as last month that Egypt’s Muslim Brotherhood will not recognise Israel “under any circumstance” without anyone bothering to ask whether negotiation is a possible strategy, any ‘talk’ is so much hot air. Such firebrand rhetoric is widely applauded in Jordan, Lebanon and Syria – and probably London as well. When asked whether it is a requirement for the government in Egypt to recognise Israel, the response was uncompromising: “This is not an option, whatever the circumstances, we do not recognise Israel at all. It’s an occupying criminal enemy.”  The interviewee further stressed that no Muslim Brotherhood members would ever meet with Israelis for negotiations. “I will not allow myself to sit down with criminals” was the flat response. One of the spiritual leaders in Egypt – Yusuf Al Qaradawi, who can muster media audiences in the millions, is a supporter and advocate of violence against Israel and a strong proponent of the belief that the Holocaust was a punishment upon the Jews for their corrupt practices.  How will Obama respond to that next month in Jerusalem?