Those who know the small blue donkey that is my usual persona might suppose that I was one of those who cheered, if not wildly then with muted approbation during Mrs. Thatcher’s years at No 10 – prizing the individual over the collective as it did. But I didn’t, surprisingly, even then. Reflecting with the calm perspective of a quarter of a century, my greatest regret is the culture and value set she bequeathed to the nation and, by implication, one of the reasons why I ultimately left it.  To those of you who are tempted to leave this post since it’s obviously going to be yet another of his tedious Eeyore grumps, I’d encourage you to try to stay with me till the end, where the funnies are. Still with me? OK, then, the hard part next. The three bulwarks of Thatcherism: individualism, hostility to collectivism and free market fundamentalism have something missing. The wretched woman simply had no working concept of the social or the intermediate. For her there were just individuals and everything she tried to do was to create the type of individuals she believed would make Britain great again. Napoleon Bonaparte thought similarly. 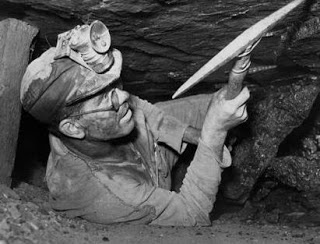 I was once invited to go down a coal mine. It was dirty, noisy, insufferably claustrophobic, hot and wet. The sheer hostility of the environment bred in the workers a camaraderie and social cohesion which I found quite touching and also deeply challenging. They looked after one another and, as I was their guest, they looked after me, too. They taught me, in the brief time I was with them, a little bit about belonging. It was this – the power of the collective – that Margaret Thatcher came up against and crushed with Stalinist ferocity at what became known as the Battle of Orgreave in June 1984, defeating Arthur Scargill, the most famous Marxist in the country at the time and the president of the National Union of Mineworkers. 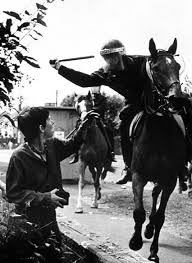 The lack of any account of the currency of the social blinded her to the fate of her people. She failed to comprehend that human beings need structures to help and support them especially when faced with stark and frightening economic change. But nobody in the north was offered anything except welfare and indifference. By analogy, in the Church, the prophet shows up as a guest speaker, wreaks havoc for the general good and the pastor goes round afterwards to mop up the tears. Prophecy was there aplenty, pastoral care, none.

It’s ironic, then, that together with Royal College of Art student Liam Hodges, a menswear retailer in the UK has launched a clothing line inspired by the former boss of the NUM. After watching documentaries about the miners’ strikes, and scouring photos of colliery-chic, Hodges came up with a number of pieces, including Scargill’s favourite, a green donkey jacket (for £180).  Heaven alone knows what Barnsley’s most famous son makes of being the subject of a clothing range – let alone one peddled by a Thatcherite retailer who should have received his knighthood for services to the tax-avoidance industry. Perhaps the Iron Lady would have been proud of the free enterprise shown and after her funeral, someone will hit on the bright idea of retro-chic Thatcher hats. At £180.

By way of a little light relief – always a problem when posts are Eeyore-gloomy – John O’Farrell, a former scriptwriter for ‘Spitting Image’ and guest on ‘Have I Got News For You’  isn’t a bad historian, if revisionism and satire appeal. His ‘An Utterly Exasperated History of  Modern Britain or Sixty Years of Making the Same Mistakes’ is currently providing bedtime sniggering, left-wing bias notwithstanding and Thatcher writ large.  Here’s a review. Brits will get the jokes, Canadians probably won’t.