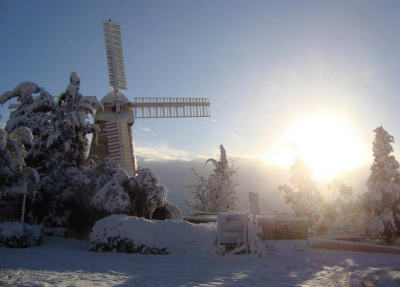 I find personal blogging quite difficult sometimes. It’s as if I want to create space between me and a prospective reader. Opinions are OK – they can belong to anyone, but personal comment opens a window to the outside world and it’s not surprising if people peer inside sometimes. They might see things. 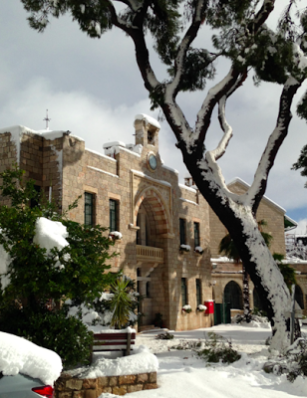 The last three days have seen the worst snowstorm in Israel in living memory. Even in faraway Cairo, they had snow for the first time in 112 years. The first great, ominous flakes began falling Wednesday night and by Thursday, a pretty if slightly inconvenient blanket decorated the gardens  of Jerusalem and made locomotion difficult. By mid-afternoon Thursday and into Friday, it stopped being funny. A huge dump, in places, more than a metre deep had brought down powerlines and caused the worst arboreal damage since the Jordanian bombardment of 1948, also cut off large areas of population. Tramlines disappeared under a flat, white landscape and an eerie quiet, even more funereal than the usual Shabbat calm, descended. People moved like ghosts, disappearing into swirling mist. The ubiquitous cats were nowhere to be seen. A few Orthodox, satin coats flapping in the wind, starkly reminiscent of flaky black and white images of the Warsaw ghetto, plodded determinedly, their hats protected with plastic elasticated covers, their beards dusted white.
Of all the paradigm shifts this place affords, I found myself confronted with yet one more. Jews do deprivation better than most and can still call up what must surely be a collective memory and a survivalist mentality that is unrivalled elsewhere. It manifests as a Stoicism so crusted with collective disappointment that a few flakes of snow simply causes it to surface. Unlike the plucky grin-and-bear it Cockneys in the Blitz, these people are hard-wired for the possibility of disaster and it takes relatively little to cause it to emerge and the odd stone thrower masquerading as a benign snowballer raises nothing more than a ripple.
Miraculously, there have been relatively few fatalities, four  so far. When the road to Tel Aviv was closed since so many cars had been abandoned on it, a call went out for four-wheel drives to help stranded motorists. This was met with sufficient response so people were ferried out of danger. The mayor put out a call to those having power to host someone for Shabbat who had none – close to 20,000 were left in the cold and dark and some still are. 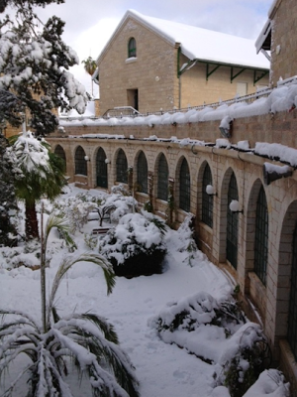 Closer to home, the school, also my home, is housed in the old English Mission hospital, whose foundation stone was laid in 1895. Most of the original buildings of solid Samarian limestone worn smooth by the passing of time are still functional. It is all the additional workmanship, cheap and jerry-built, which has suffered. A few days ago,  a colleague’s roof collapsed over lunch, sending metre squared tiles crashing, mingling with puddles formed by leakages. My own large fanlight fitment looked as if it were in tears as the water trickled ominously around it, pooling in ever-widening circles on the floor, ultimately shorting the main circuit breaker. My TV picture fragmented and was lost as snow accumulated on the satellite dish. A fibre-optic cable in the garden, stretched dangerously by a fallen branch, looked as if an enthusiastically obese tightrope walker forgot to step off it.
Reconstruction is part of the survivalists’ genetics here. We shall be up and functioning soon despite the heaviness of the air and the occasional stench of hatred. The patient has had major surgery, but she will not need to convalesce for long.