The Left – I dislike the term but it self-identifies –  has gone a little bit crazy since DT became PE. Not all liberals are Leftists, fortunately. Liberals often talk some sense, when they can be persuaded to abandon a content long in emotion and short on fact, but the latest #notmypresident meme has drawn a lot of people, mostly the young, the naive and the woefully ignorant, out on the streets and participating in strange joining rituals.

By way of example, Cornell University held a “cry-in”. The kids all got together and wept in the quad, sobbing about how “terrifying” Trump’s victory was. They scrawled their heartbreak upon the pavement with coloured chalk.  Adults, presumably including some faculty members, appeared on the scene, but strangely none of them told the kids to grow up, which really should enrage the university’s alumni and donors. Staff were “providing tissues and hot chocolate” to the emotional exhibitionists, according to the WSJ. Outrageously  expensive institutions of higher learning, it would seem, are churning out students who can’t deal with the results of an election and the blame for foolishness of this magnitude must be laid squarely at the door of out-of-touch, ivory towered academics teaching weirdly marginal social science and gender studies courses which have almost zero impact on daily life. Maybe they did it on purpose, as part of the great liberal project to make childhood hence manipulability a permanent condition. Children have their needs met, on the whole, by nurturing adults. To expect politics to do so is spectacularly naive and borderline stupid. What else can be expected when you are taught to believe that your pet ideology deserves to be empowered by election and you stamp your feet in unison when the collective will of the people decides otherwise.

Columnist Mark Steyn made an interesting observation; an alarmingly large percentage of people legally permitted to cast a vote had “knowledge of history so scant that hitherto they had no idea America wasn’t a one-party state and that once every decade or so the other guy gets to win.” Funny, but alarming. It’s very unhealthy to assume political victories are permanent. 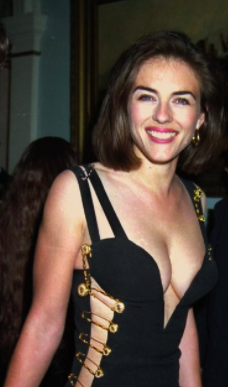 One of the more laughable identifiers has been the proliferation in safety pins, normally once used to attach a terry nappy securely around its incontinent wearer, but the irony has clearly been lost on the Pampers generation. Unlike previous fashionistas, like punks and Elizabeth Hurley, it’s supposed to show those who get it that the wearer identifies with the marginalised in some way.

It’s chastening to reflect, guiltily or not, on the proposition that none of our ideas, pleased as we might be with their having occurred to us, cannot really be called our own. I often find myself vapidly empty of both initiative and spark when it comes to writing something – let’s say –  meaningful, because all the good ideas have been snapped up and all that is left is a mish-mash, a cracked kaleidoscope, a palette put together by somebody else, and rejected in consequence.

Mark Twain’s masterful dissection to his friend Helen Keller is the sum of all writerly fears and the sound of a gently deflating ego.

“Oh, dear me, …the kernel, the soul — let us go further and say the substance, the bulk, the actual and valuable material of all human utterances — is plagiarism. For substantially all ideas are second-hand, consciously and unconsciously drawn from a million outside sources, and daily used by the garnerer with a pride and satisfaction born of the superstition that he originated them; whereas there is not a rag of originality about them anywhere except the little discoloration they get from his mental and moral calibre and his temperament, and which is revealed in characteristics of phrasing. When a great orator makes a great speech you are listening to ten centuries and ten thousand men — but we call it his speech, and really some exceedingly small portion of it is his. But not enough to signify. It is merely a Waterloo. It is Wellington’s battle, in some degree, and we call it his; but there are others that contributed. It takes a thousand men to invent a telegraph, or a steam engine, or a phonograph, or a telephone or any other important thing — and the last man gets the credit and we forget the others. He added his little mite — that is all he did. These object lessons should teach us that ninety-nine parts of all things that proceed from the intellect are plagiarisms, pure and simple and the lesson ought to make us modest. But nothing can do that.

Steve Jobs reminded us that ‘creativity is just connecting things’, the things, ideas and the ephemera of almost-there were in existence inside somebody’s head before being teased into the daylight and joined up by someone else, full-formed and ready made. Even the genius of Salvador Dali was, in his own words, subject to imitation. When he wrote ‘those who do not want to imitate anything, produce nothing’ – he just stated the obvious, he imitated better than everybody else. We borrow constantly, repurposing and reimagining. The writer’s craft sets about a piece and reinvigorates it, turning meanings around as if they were Mobius strips and creating a new politics out of the old.

I sing of sacred rites and calendar days: would anyone have thought it would lead to this? (Ovid: Fasti II)

“Like one, that on a lonely road  doth walk in fear and dread,  And having once turn’d round, walks on and turns no more his head: Because he knows, a frightful fiend doth close behind him tread.”

Samuel Taylor Coleridge “The Rime of the Ancient Mariner” 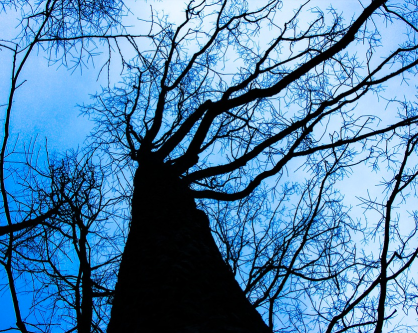 Today is All Saints Day, or Hallowmas, the day after the night when the ghouls rise, the witches cackle and the Devil rides abroad, seeking whom he may devour. Perhaps. We seem to love scaring ourselves witless. It’s the same old perennial, every year, we ask ‘is Hallowe’en a good thing, a bad thing, harmful or harmless, I wonder’?  As with most holidays – or holy days –  it’s a mish-mash of Christian and pagan traditions, rather like Yule and Eostre, which we’ve conveniently Christianised at least in part, whereas this one, possibly initiated by Pope Gregory IV (795-844) as All Saints Day on November 1 has been left to evolve as the scary one, being celebrated the night before. Most sources agree that the day we know of as Hallowe’en in Western culture was lifted from the pagan Celtic celebration of Samhain. Samhain was the close of summer, the end of the growing season and the start of the harvest. Food was prepared and set aside for ancestors and protective spirits, and rituals honouring the dead took place – a similar ritual is still observed in Mexico as Dia de Muertos sitting somewhat uneasily beside modern Catholicism. Churches celebrate Harvest Festivals around this time so Samhain hasn’t quite escaped a whitewashing from the Church, which celebrates growth, hope and good harvest while leaving out the scary bits.

The Island had a party last night and as I walked home, small shrieking ghoulish creatures besplashed with fake blood, greyed faces and black witches’ hats were trick-or-treating, accompanied by parents in cadaverous make up and clothing.

No, I’ve never really been much of a supporter of All Hallows Eve, the Day of the Dead. Essentially a celebration based on fear seems to me to be psychologically counterproductive, the emotional equivalent of riding a fearsomely steep rollercoaster – being scared just…because. Americans are worse than we are, they spend over six billion dollars annually not just on costumes but on silly nonsense such as a garden ornament in the form of a life-size stuffed “bride” hung by a noose around her neck.  You can also buy bloody plastic severed limbs – the hatchet still embedded in the fake flesh to hang from trees in the garden. Some feature severed heads dangling from trees, eyes a-goggle, seemingly watching one’s every move. A few years ago, a woman dressed as a zombie bride with blood trickling from her face processed stone-faced through the aisles of a supermarket; young children screamed.

Wouldn’t it be so much better if instead of sending ghouls to knock on the door and be given treats, the only day in the year when the neighbours’ kids ever darken one’s own porch, to leave the lights on more often so they felt at home tapping on the door for the other three hundred and sixty – odd days as well?