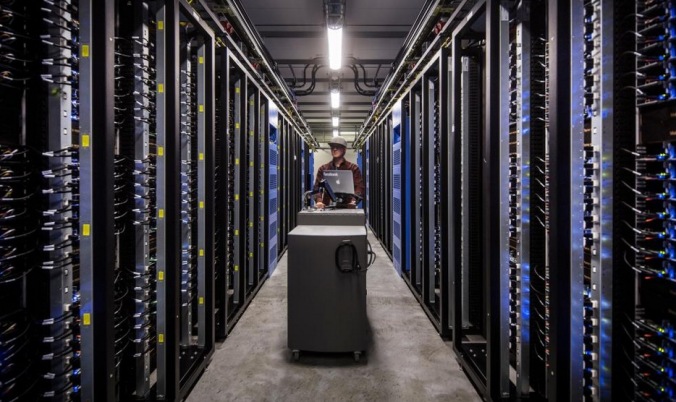 This is the Internet

IQ tests are a crude metric. They rely on the ability to reason which of four or five answers to a particular, often quite limited problem, happens to be correct. Dependent on how many correct answers are scored, a number is assigned which carries meaning. But, an IQ test only measures a few key variables, and does so with remarkably little data. It cannot measure emotional intelligence, sense of humour, personality type or any one of a hundred variables which define us uniquely. It cannot measure whether what we read is true or not; it cannot distinguish between pornography and art. It is the difference between limited artificial intelligence and general AI. Limited systems are closed and numerical, such as computers learning to play chess, or crunching numbers to find available flights or using real-time routing software on a map,  general systems are poor at screening “undesirable” content on Facebook’s pages – they just aren’t very good at the requisite subtlety and discrimination, so, for the most part, humans still have to do it instead. Which is, I suppose, something of a relief, SkyNet won’t be going self-aware any time soon.

Of the dozen or so most valuable public companies in the world today, over half depend substantially on data-driven automated scaling, using relatively few real people – great news for their shareholders – since this makes them profitable beyond all dreams of avarice, for example, WhatsApp (monthly userbase, over 450 million) was sold to Facebook for 22 billion (yes, billion) US dollars, which will buy a freshly brewed Starbucks for every man, woman and child on the planet and pay off the national debt of Albania with the change. Artificial intelligence and “big data” enables these digital companies to grow in unprecedented ways.  Facebook, Amazon and similar companies are now reaching more customers with more personalised experiences than any others that came before them, which is touted as a huge advantage over previous, cruder advertising content. But this comes at a price. Alarmingly, Facebook uses phone-contact data as part of its friend recommendation algorithm and it is possible to download one’s entire phone records from them, which is deeply worrying. Most users are blissfully unaware of the sheer quantity of metadata that Facebook and others harvest about them and use to provide targeted advertising. While data collection is technically “opt-in,” in Messenger, for example,  opt-in is the default installation mode for the application, not a separate notification of data collection. Facebook has never explicitly revealed that the data was being collected, and it was only discovered as part of a review of the data associated with the accounts. Those problems hinge on Facebook’s various uses of automation that only inconsistently involve actual human judgment. Content-suggestion algorithms, which place a premium on user attention, have been shown to systematically amplify shocking and extreme material, including fabricated or misleading news. Facebook’s lightly-screened ad sales – which they described later as a ’technical failure’ allowed Russia-linked buyers to spend as much as $150,000 to try to influence US politics, and made it possible to run racially discriminatory housing advertisements. And this is possibly the tip of the iceberg. I wonder how much digital meddling has gone on between the Russians, the Chinese and the North Koreans. The North Korean change of heart over nuclear weapons came about with quite remarkable speed. I wonder why…
We have all experienced what happens if, for example, just for our own amusement, we explore the cost of a weekend in Prague, we are then bombarded with advertising seeking to either sell us airline tickets or discounted rates on tourist sites in the city. Even places we visited years ago occasionally surface with hotel deals.  Most of us, setting aside the irritation of such unwanted advertising,  have a trouble-free experience with social media and protective algorithms work well in most cases. However,  the instances where their systems fail – referred to as “edge cases”  – have proven deeply troubling to the public and regulators. And technological solutions may not be achievable before the broader idea of digital scaling itself is undermined, along with a global economy whose future is increasingly premised on it. For example, it was discovered that Google’s YouTube Kids app, touted as a safer destination than the main site, was displaying disturbing conspiracy videos to children. That same day, Facebook admitted that Cambridge Analytica had improperly harvested the data of what turned out to be millions of its users, and an Uber self-driving car struck and killed a 49-year-old woman in Tempe, Arizona. Uber has been operating at a massive loss for years and investors have continued to feed it cash largely on the premise that the company will become as profitable as Amazon once it masters the technology of self-driving cars and eliminates the cost of drivers, which the company founder believes to be an ‘existential priority’. Edge effect failure, death being the most spectacular example, undermines the whole concept and Uber could come crashing down incredibly fast. As an update, Uber’s ‘edge effect’ worries are not just confined to driverless cars; a Jewish diplomat in Chicago was ejected from an Uber in Chicago for answering a phone call in Hebrew. The driver threw him out in the middle of a busy highway.
I sometimes ask myself: is there a limit to the amount of useful data that can be collected about me, so that machines can predict with almost total accuracy what I am going to buy next, where I am most likely to go on my next trip, what medical conditions I will suffer from and so on. I very much hope that the cost of collection will outweigh the benefits that might result. I’m a subversive little creature, along with most of the rest of the seven billion or so data mining possibilities on the planet and I will take steps to hide, screen or otherwise mislead the number crunchers who want to know the size of my soul. I may never own a self-drive car – indeed if ownership will then be the right word, but as the old protest song said “die gedanken sind frei”.