Neglect builds up a debt which ultimately must be repaid. This summer in Paris has been particularly wet and this, together with Gipsy’s predisposition for wild horticultural experimentation, plus time spent in the South has turned the garden into a menacing wilderness. Where orderly grass quietly grew, tufts of wild vegetation have rudely sprouted, impenetrably beyond the help of a small manicurist of a mower. To make things worse, my lawnmower has a corroded carburettor and broken fuel pump. Matters could no longer be delayed and a borrowed, suitably muscular, industrially sized mower has to some extent turned back the tide.

Which made me think.

Twelve years ago today, everyone remembers where they were, just like when JFK was shot (I was in h 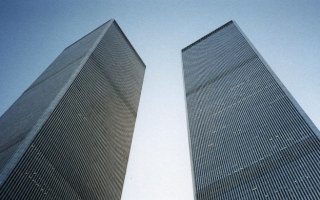 ospital, having my appendix out) and the night Princess Diana’s Mercedes hit a bridge pillar on the Périphérique. I wrote about it, two years ago. Nineteen men hijacked four US passenger planes and flew them into the Twin Towers and the Pentagon. A fourth plane allegedly heading for either Capitol Hill or the White House crashed in a field in rural Pennsylvania, killing all on board. An estimated 3,000 were killed, sixty-seven of them from Britain, and thousands of people were injured. One company lost two-thirds of its workforce and the fires raged for almost one hundred days.

Subsequently, the world has witnessed with a mixture of powerlessness, horror and awe, the endless smaller brush fires which were ignited, from Bali to London , Benghazi and Mali and most recently, Syria, whose only real hope now may be some kind of mandated partition, geographical separation being a last resort alternative to another bloodbath. All in the Name of God. And, to those who suggest that the Syrian conflict is not ideologically based, my response would be that I am astonished by their naiveté. All of this provides compelling evidence to assert that Islam the religion cannot be turned into  the handmaiden of politics. When it does, as we have seen many times since 9/11 with regrettably predictable frequency, it turns into an ugly, violent monster, Islamism, whose defining characteristics are intolerance of others, including fellow-believers, and glorifying violence against all opponents. The strategically right thing to do is to offer help to moderate, rational Muslims who want no part of a theology which defines jihad in terms of bloodshed and conquest.

Islamists are pathologically obsessed with power and are ready to seize it at almost any cost, as Mohammed Morsi’s luminously brief career demonstrated. Such power is completely unrelated to Western notions of democracy; its political and legal systems sprang, fully formed, coherent and mature from the pages of the Qu’ran and grandly described as ‘the Kingdom of God’. The popular slogan of the Muslim Brotherhood is:  “Allah is our objective. The Prophet is our leader. The Qu’ran is our law. Jihad is our way.” The program, the activism and the goal, all packaged in a soundbite that the most slow of wit can learn and follow. Albert Camus once wrote “Politics is not religion but if it is, then it is nothing but the Inquisition.”

The world’s political rectitude is on the one hand admirable and on the other, wilfully short-sighted, since it has a tendency to downplay, ignore, neglect or rewrite the lessons of history, much as I myself was guilty of doing as the lawns burgeoned until they were almost out of control. Providing democratic frameworks where Islamists can find refuge is naive at best and suicidal at worst. The very nature of a democracy is to include and give a platform to those whose opinions diverge, sometimes diametrically, from our own. However, if our systems allow and indeed encourage the em 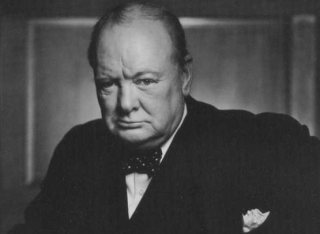 powerment of ideologues whose objective is our destruction then we have little alternative but to set in place appropriate mechanisms which ensure our survival. I for one am becoming tired of the pandering, soft-shoe approach which masquerades as tolerance, but our enemies perceive as flabby, decadent weakness. Genuine tolerance implies equality of esteem and Churchill had no such scruples, either. Long before 9/11, he wrote the following:

“Individual Moslems may show splendid qualities – but the influence of the religion paralyses the social development of those who follow it. No stronger retrograde force exists in the world. Far from being moribund, Mohammedanism is a militant and proselytizing faith. It has already spread throughout Central Africa, raising fearless warriors at every step; and were it not that Christianity is sheltered in the strong arms of science, the science against which it had vainly struggled, the civilization of modern Europe might fall, as fell the civilization of ancient Rome.” 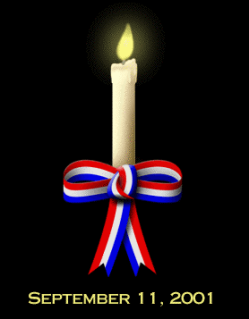 We all remember where we were and what we were doing the day Kennedy was shot, Diana died, and …9-11.
Ten years on, Al-Qaeda is no longer the force to be reckoned with that it once was, although the ideologies and motivations that spawned the malevolence continue to be taught in Waziristani madrassas and elsewhere. Yet,  its wayward sons, whose indiscipline in Cairo the other night came close to catastrophe – the guards in the Israeli Embassy  had been instructed to open fire if their lives were under threat – was averted at the last moment, with the symbolic loss of a flag.
Psalm 46 comes to mind.
At Ground Zero today, President Obama also read from Psalm 46, which seemed to be something of a curious choice since it not only emphasises the trustworthiness of God in face of adversity but also His retributive power..
Matthew Henry comments:
This psalm…encourages (us) to hope and trust in God; in his power and providence, and his gracious presence with his church in the worst of times. We may apply it to spiritual enemies, and the encouragement we have that, through Christ, we shall be conquerors over them.
Perhaps the speechwriters were sending a message.
Jonathan Aitken (convicted of perjury, incidentally, former Cabinet Minister and president of Christian Solidarity Worldwide) comments under the title ‘God in Catastrophe’ quoting John Stott.
‘The name of Martin Luther will always be associated with this psalm. His famous hymn “Ein’ feste Burg ist unser Gott” is a free paraphrase of it. He and his collaborator, Philipp Melanchthon would sing it together in times of dark discouragement. Thomas Carlyle has made it familiar to English readers by his translation “A Safe Stronghold our God is still”. It is a sublime expression of quiet confidence in God’s sovereignty amid the upheavals of nature and history.’
“God is our refuge and strength, a very present help in trouble.
Therefore, we will not fear, even though the earth be removed, and though the mountains be carried into the midst of the sea.
Though its waters roar and be troubled, though the mountains shake with its swelling, there’s a river whose streams shall make glad the City of God, the holy place of the Tabernacle of the Most High.
God is in the midst of her. She shall not be moved. God shall help her just at the break of dawn.
The nations raged, the kingdoms were moved. He uttered his voice. The earth melted.
The Lord of Hosts is with us. The God of Jacob is our refuge.
Come behold the works of the Lord who has made desolations in the Earth.
He makes wars cease to the ends of the Earth.
He breaks the bough and cuts the spear in two.
He burns the chariot in fire.
Be still and know that I am God. I will be exalted among the nations. I will be exalted in the Earth.
The Lord of Hosts is with us.
The God of Jacob is our refuge.”
Ten years ago, Ariel Sharon declared a national day of mourning. Today, Shimon Peres phoned Obama, telling him:
“The Israeli nation has shared happy times with you, but has also shed tears with you a decade ago. Today Israel once again bows its head as America mourns the loss.”
By contrast, many erupted in celebration as the Twin Towers burned. In Palestinian Authority held territory it was reported at the time that the safety of journalists reporting on the jubilant response in the streets ‘could not be guaranteed’. H’m.